Speech Therapist: There are many reasons why online speech therapy is popular. Children and adults can access speech therapy online, from the comfort of home, school or office.

Our sessions ensure you have direct contact with your speech pathologist, and an opportunity to develop essential skills including literacy, sound practice, vocabulary building and social skills.  We also work directly with parents during these sessions. Together with support materials, our information and advice will ensure you feel empowered and can support your child at home.

Both new and existing clients can access our online service which includes one-on-one therapy sessions, assessments and parent support.

We offer Speech Language Assessment &Therapy by online/videoconference to all Malayalam/English speaking children & adults all around Kerala, India and living abroad (International).

Please contact us now and find out if Speech Therapy Online or Phone support could be right for you or your child. speech therapy near me

Why do you need speech therapy?

There are several speech and language disorders that can be treated with speech therapy.

Resonance disorders: A resonance disorder occurs when a blockage or obstruction of regular airflow in the nasal or oral cavities alters the vibrations responsible for voice quality. It can also happen if the velopharyngeal valve doesn’t close properly. Resonance disorders are often associated with cleft palate, neurological disorders, and swollen tonsils.

Expressive disorders: An expressive language disorder is a difficulty conveying or expressing information. If you have an expressive disorder, you may have trouble forming accurate sentences, such as using incorrect verb tense. It’s associated with developmental impairments, such as Down syndrome and hearing loss. It can also result from head trauma or a medical condition.

Cognitive-communication disorders: Difficulty communicating because of an injury to the part of the brain that controls your ability to think is referred to as cognitive-communication disorder. It can result in memory issues, problem solving, and difficulty speaking, or listening. It can be caused by biological problems, such abnormal brain development, certain neurological conditions, a brain injury, or stroke.

Dysarthria: This condition is characterized by slow or slurred speech due to a weakness or inability to control the muscles used for speech. It’s most commonly caused by nervous system disorders and conditions that cause facial paralysis or throat and tongue weakness, such as multiple sclerosis (MS), amyotrophic lateral sclerosis (ALS), and strok. RECEIVER IN THE EAR (RITE)

These are small discreet hearing devices sitting behind the ear. The sound is conducted through an an electrical wire to a miniature loud speaker located in the clients ear canal. They are well suited for mild to severe hearing losses. 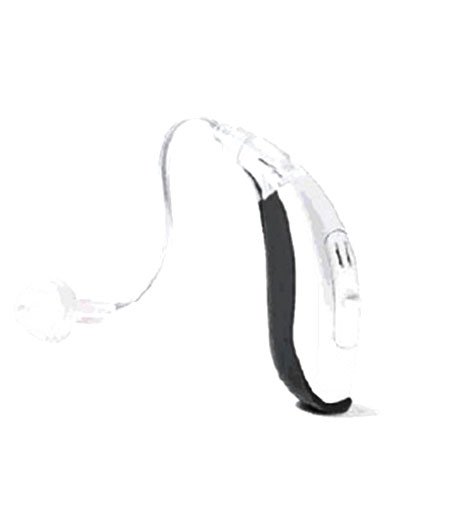 OPEN FIT BEHIND THE EAR

These are behind the ear hearing devices in which the sound is channelised into the ear canal through a thin capillary tube. The advantage of open fit is that the ear canal is unoccluded and the wearer’s own voice sounds more natural.

These hearing aids sit entirely within the ear. They are easy to handle and suitable for clients with limited manipulation and dexterity. IN THE CANAL (ITC)

COMPLETELY IN THE CANAL (CIC)

Custom made hearing devices that fits deeper in the ear compared to ITE style. They are cosmetically appealing and suitable for clients with good dexterity. INVISIBLE IN THE CANAL (IIC)

These hearing aids are so tiny that no body will notice that you are wearing them. They are custom made and sit deep in the ear canal. BEHIND THE EAR (BTE)

These hearing aids hook over the top of your ear and rests behind the ear. A tube connects the hearing aid to a custom ear piece called an ear mould that fits in the ear canal. BTE’s are highly regarded for their reliability and suitability for almost any type of hearing loss.

View all Products Or Services
Tags: speech and hearing

Held A Session On “speech & Hearing Rehabilitation” For FACT Employees

We provide world-class treatments under the care of highly professional and qualified specialists. Our experience and passion, combined with our understanding of the journey ahead make a difference for you.

Get all latest content delivered to your email a few times a month.